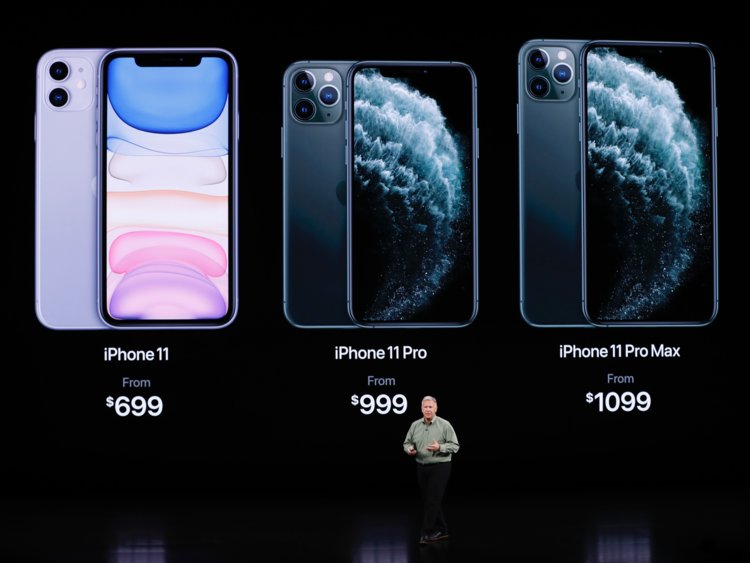 Apple has recently announced its new iPhone 11 lineup series - iPhone 11, iPhone 11 Pro and iPhone 11 Pro Max. Apple iPhone 11 is the most affordable iPhone model and its other variants iPhone 11 Pro and 11 Pro Max will be replacing last year’s iPhone XS and XS Max. The camera of these phones will be coming with a software update called 'Deep Fusion' that will take multiple shots to produce a highly detailed image.

The iPhone 11 sports a 6.1-inch LCD display and is powered with a new A13 Bionic chipset which is claimed to be the fastest CPU and GPU performance in a smartphone. It is quite sturdy with toughened glass front and rear panel. The biggest upgrade in iPhone 11 is that it comes with a dual camera setup in a square-shaped module. Apple has incorporated two 12MP sensors where one is a standard wide-angle lens and the other is an ultra wide angle lens. The additional camera features include new Night mode for improved low-light photography.

The iPhone 11 comes in multiple storage variants such as 64GB, 128GB and 256GB. The iPhone 11 price in India starts at Rs 64,900 for the 64GB storage model and will be available for purchase in India from September 27.

In addition of above phones, Apple has announced the launch of its new seventh-generation iPad and Apple Watch series 5. The new iPad has a 10.2-inch Retina display, powered by an Apple A10 Fusion chip sporting a Home button and runs iPadOS.

Apple watch series 5 is great for all sports enthusiast. It sports an always-on Retina display and it goes on full-brightness when you tap on it.