Xiaomi Mi A3 to be launched on August 21 in India

Xiaomi is all set to launch their latest flagship phone Mi A3 on 21st August. Recently, Xiaomi India Managing Director Manu Kumar Jain tweeted about the launch of this upcoming smartphone on August 21st at 12pm in Delhi and Chinese company has already sent the media invites for the same. The company has preponed the phone launch from August 23 to August 21, closer to Realme 5 Pro launch on August 20. The teaser video has been revealed and it reveals a triple camera setup with a 48MP main sensor and Android One operating system. The phone is claimed to have significant upgrades in comparison to its predecessor, the Mi A2 and is the company’s third smartphone based on Google's Android One operating system. 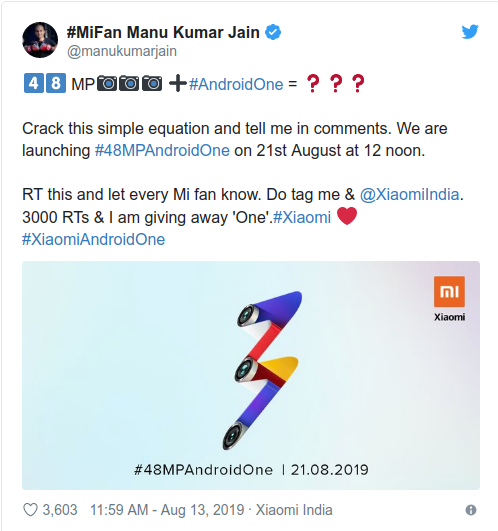 In terms of design, the dual SIM device Mi A3 sports a glass rear panel and is available in multiple colour variants such as Blue, White and Grey colours. It features a 6.08-inch AMOLED display with HD+ resolution (720x1560 pixels) and a waterdrop notch at the top. It comes with an in-display fingerprint sensor. Packed with upgraded Qualcomm Snapdragon 665 chipset and paired with 4GB RAM, it ensures smooth and lag-free multitasking. In terms of storage, it is equipped with two storage options- 64GB and 128GB onboard storage which is quite sufficient for storing data and information and also have a hybrid slot to expand the storage via a microSD card. 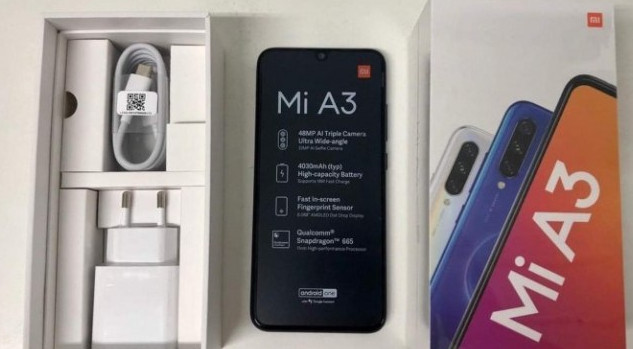 This phone will be priced at a slightly lower price in India under Rs 20,000 price segment as compared to its European variant. 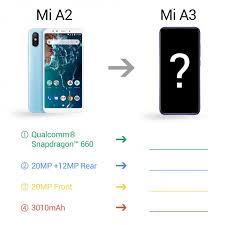 Mi A3 is equipped with great camera configuration sporting a triple rear camera setup which includes a 48-megapixel primary sensor with an f/1.79 lens, 8-megapixel secondary sensor with a 118-degree wide-angle f/2.2 lens and a 2-megapixel tertiary sensor for depth sensing. On the other hand, Mi A2 features a set of dual rear cameras that consists of a 12-megapixel Sony IMX486 primary sensor and a 20-megapixel Sony IMX376 secondary sensor both with the f/1.75 lens. Mi A3 has the in-display fingerprint sensor, while the Mi A2 comes with the conventional fingerprint sensor at the rear panel. Lastly, Mi A2 comes with a lower capacity 3010 mAH battery.

Mi A3 price in India (expected)

Xiaomi Mi A3 looks a lot like the recent Mi CC9e which premiered earlier this month in China. It predecessor Mi A2 phone had failed to match the breakthrough success of its first-gen flagship phone Mi A1. However, Mi A3 hopes to recreate the magic with its powerful configuration and premium features. It will be featuring one of the best cameras in the industry. As of now, the prime focus is on the official launch date.